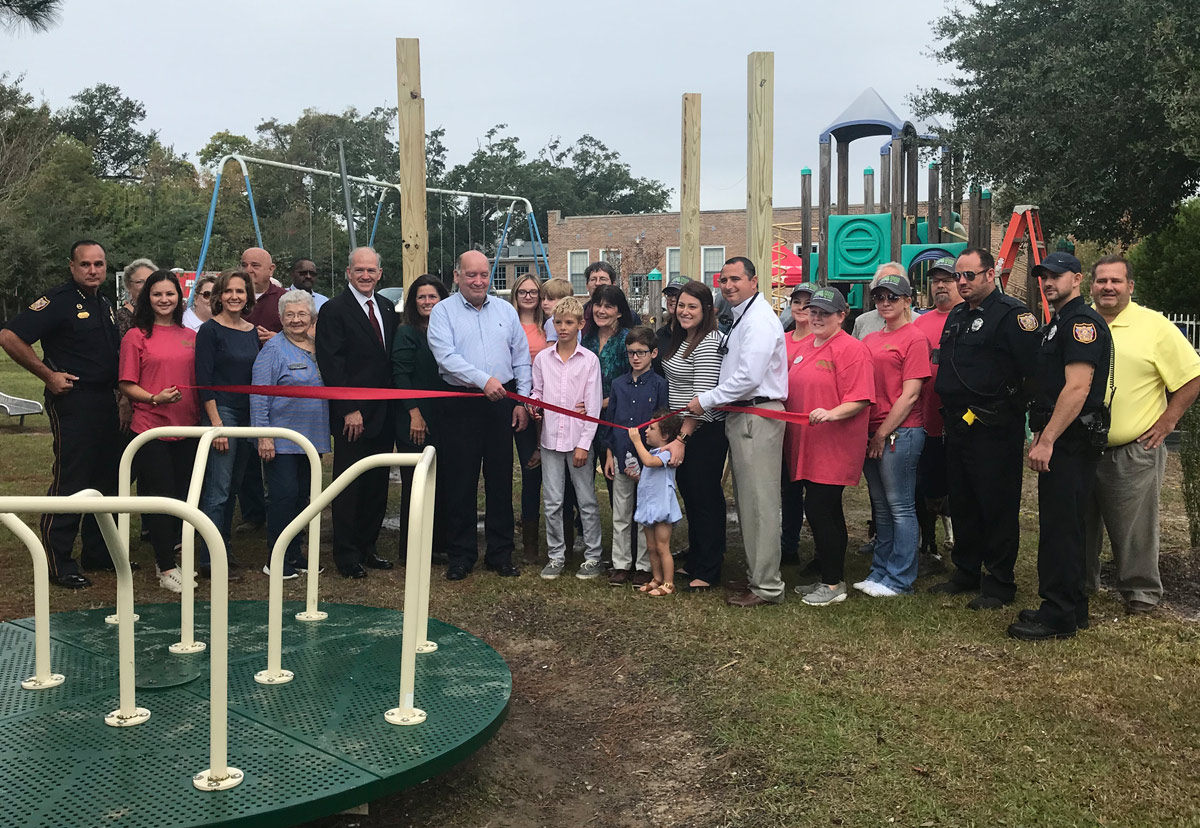 CLEVELAND, OHIO — DEC 18, 2019 — The Troy-Bilt “Trees, Seeds & Me” community improvement event to honor the late mayor of Waveland, MS, Tommy Longo was held in Waveland, MS on November 7, 2019. Troy-Bilt first met Mayor Longo during Hurricane Katrina recovery efforts in 2006-2010, where strong and enduring relationships were formed with many of the city leaders between Biloxi and Waveland, MS.

Mayor Longo passed away unexpectedly in March 2019. To honor his immense effort and dedication to hurricane recovery, a beautification project was completed at the city park next to the Waveland Ground Zero Hurricane Museum and included the construction of two 10 x 10 ft pergolas, the planting of six Live Oak trees and a small raised garden bed. An additional pergola and raised bed was also constructed at Our Lady of the Gulf Catholic Church and Holy Trinity Catholic School in Bay St Louis, MS, where Mayor Longo’s wife, Marcia, has been a teacher for many years. The students at the school received seed packets and educational materials related to the importance of environmental stewardship.

Local coverage of the beautification event included a segment on WLOX-Channel 13, an article in the local Sun-Herald newspaper and social media posts by the Hancock County Chamber of Commerce.